We learn how we recognize the grace of resurrection from the scripture.
First, the blessings of resurrection would not be revealed to anyone. The disciples fled from the crucified Lord and, as written in the scripture, they were hiding in a room. What was floating in the room? It was sorrow, fear, remorse that they had abandoned the Lord and ran away, and it might have been an emptiness that they could not find a reason to live from now on.
The revealing of the resurrection of the Lord Jesus Christ, as an amazing grace for our lives, is the door that would be opened up before the reality we are in sufferings like the disciples. We have no other way but suffer in this reality without being able to escape from it, until the Lord of the Resurrection visits.
Second, the key to open the door that releases us from such a closed room is the gospel that the risen Lord says "Peace be with you." to each heart of us, yes, news of joy. Nothing would begin unless the gospel resounds in our closed and devastated hearts as the resurrected Lord's voice. The sound of the voice of the Lord is the same as the first voice of the God the creator of Heaven and Earth that declared "Let there be light." in the dark and chaos in Genesis 1: 3.
Third, the peace of the Lord, which resonates in our closed hearts, is a forward order to send us for the peace of the Lord. Guided by the Lord and together with the Lord, filled with the joy of being used for the work of the Lord, we would start "a life sent to the Lord" leaving the closed mind and life of the past.
All these things happen to us; that is the blessing of the resurrection of the Lord Jesus Christ. In the dark times when emperor worship of the Roman Empire spreads, the first Christian Church was thus becoming those who work for the Lord's peace, filled with the peace of the risen Lord, overcoming sorrow and fear, preaching and witnessing the gospel mightily.
May the gospel of the Lord of peace resonate in this era, in this country, and our room.

Jun Kajihama, NCC Secretary Experiences ordinary for a person who grew up in Hiroshima: that I was transfixed in front of wax figures of adults and children just after the atomic bombing standing at the entrance to the Peace Memorial Museum; that I ran in front of the Japan Red Cross Hiroshima Atomic Bomb Hospital; that I was told often from grandparents and neighbors, "I don’t want to remember ‘Pika,’ I don’t want to talk about it." I spent my childhood in a town where the atomic bomb was dropped 73 years ago. In the comic "The Town of Evening ... 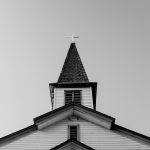 But the angel said to the women, “Do not be afraid; I know that you are looking for Jesus who was crucified. He is not here; for he has been raised, as he said. Come, see the place where he lay. (Matthew 28:5-6) We celebrated Easter for the second time in the COVID-19. In the fog of the novel coronavirus that lasted for more than a year, what we had been cultivating collapsed one after another. We experienced many such "after all." Many people are overwhelmed by the "after all" that what they have accumulated steadily is torn apart. Easter ...